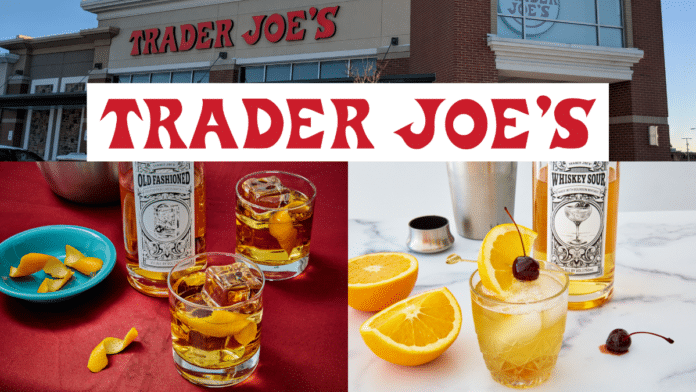 Trader Joe’s announced yesterday its launch of two ready-to-drink cocktails, available initially in 750-ml bottles. The grocery chain with over 500 stores will sell a private label version of the Old Fashioned and Whisky Sour cocktails.

The company said in a release that the private label drinks would be comprised of bourbon from a small craft distiller.

You’ll find the new drinks in the liquor section of stores that are allowed to sell spirits by state law. Trader Joe’s operates in 12 such states, including:

The Whiskey Sour from Trader Joe’s is made from Bourbon whiskey, cane sugar, and lemon juice, “as well as lemon oil and a custom blend of spiced orange bitters to give it a unique edge.”

Earlier in 2020, Trader Joe’s released Shell House sparkling hard seltzer in three flavors: pomegranate, raspberry, and meyer lemon. Coming in at 120 calories, 5 grams of carbs, and 5% ABV, these hard seltzers had 5 grams of sugar — more than most of the leading brands.

Reviews were mixed, and the grocer has pulled the product from shelves in certain locations. Reviews said it “tastes too artificial” and like “tart candy.” Another said “was not expecting the sugary taste.”

A lime flavored version of Shell House was later released, and currently carries a rating of 2.75/5 on Untappd.

If the market test of the new RTDs goes well, perhaps we’ll see Trader Joe’s offer its new cocktails in a can.