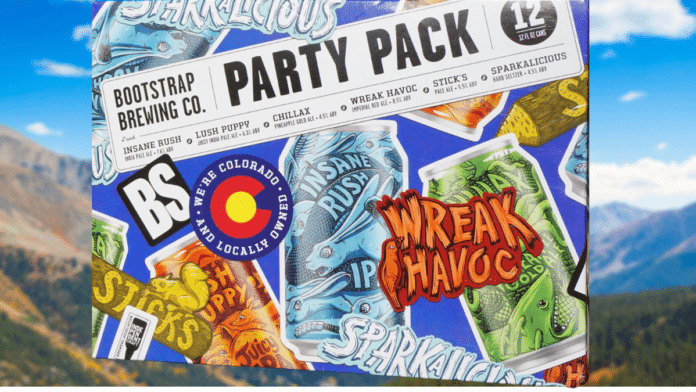 There is some exciting news for people who love craft beer as much as they love hard seltzer — the first known beer and hard seltzer mix pack has hit the market!

The new 12-pack, produced by Colorado-based Bootstrap Brewing Company, features five different beer selections along with the brewery’s newest creation, Sparkalicious Hard Seltzer. Each pack will include two cans of each flavor.

All the beers featured in the new mix 12-pack won medals this year for the 2020 USA Beer Ratings awards. USA Beer Ratings is a trade network that not only recognizes great beer, but also excellence in packaging, design and consumer value.

The Bootstrap Brewing Company Party Pack is especially exciting for people with gluten intolerance, as all of the beers included in the pack are not only award-winning but also gluten-reduced.

Bootstrap Brewing Company’s Sparkalicious Hard Seltzer currently has a lineup of three different flavors, all inspired by well-known cocktails. The new beer and seltzer mix pack will offer a rotating selection of these three Sparklalicious flavors, which include takes on the Greyhound, the Tequila Sunrise, and Cosmopolitan.

The brewery’s Greyhound Sparkalicious, made with real grapefruit, is also a 2020 award winner and took home a gold medal at the 2020 U.S. Open Cider & Beverage Championships in the Fruit and Hard Seltzer category.

Many craft breweries are getting into the hard seltzer space, so it makes sense that such mixed 12-packs have a high probability of being widely available on the market very soon — as long as consumers buy it!