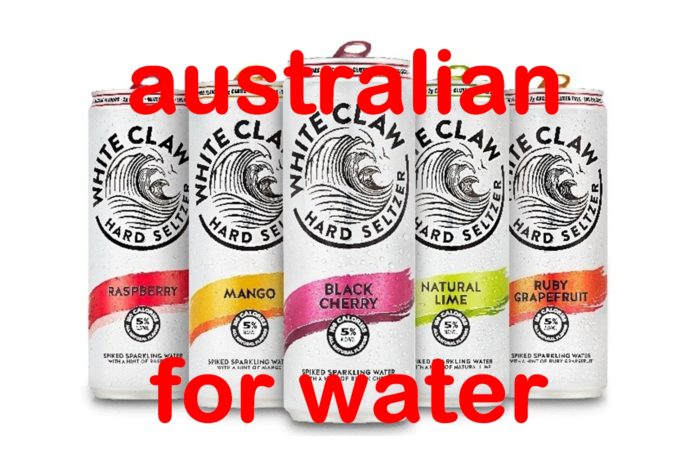 The hard seltzer craze is bubbling up in Australia, as industry experts identify boozy water as the biggest trend in brewing. As White Claw prepares to launch down under in October 2020 and many Australian brewers are launching their own alcoholic fizzy waters, the summer of hard seltzer is on the horizon.

Many brewers are excited about the new trend and are eager to expand their offerings, including Josh Uljans, co-founder of Melbourne’s Moon Dog Brewing. “It’s possible that over the next few years, we could be producing more seltzer than beer,” says Uljans. “We think they could be absolutely huge in Australia.”

According to ratings company Nielsen, US hard seltzer sales increased by over 200 percent in 2019, and this trend is only expected to keep rising as new options enter the market. Favored by legal drinking age (LDA) millennials, this quick increase in popularity is partly due to the generation’s desire for healthier, better-for-me options. With typically less than 100 calories, low sugar and carbs, and no gluten, hard seltzers present an attractive alternative to beer and wine.

When Melbourne brewery Hop Nation announced the release of their hard seltzer, ‘Ray, questions from health conscious consumers weren’t far behind. “As soon as we announced we were releasing a seltzer, nutrition-related questions started flooding our social media,” says co-owner Sam Hambour. “Unlike beer, people really wanted to know about energy content, carbohydrates and whether ‘Ray was gluten-free. This is a completely new market for us.”

For established breweries, making the move into hard seltzer should be a relatively easy one, requiring little extra overhead. David Dumay, co-founder of brewer Dad and Dave’s, note that offering alcoholic seltzers is an easy way to diversify their product offerings. “Over the past few years the beer market has become more saturated, so we’re looking at ways to grow our brand and build a portfolio of different drinks,” says Dumay.