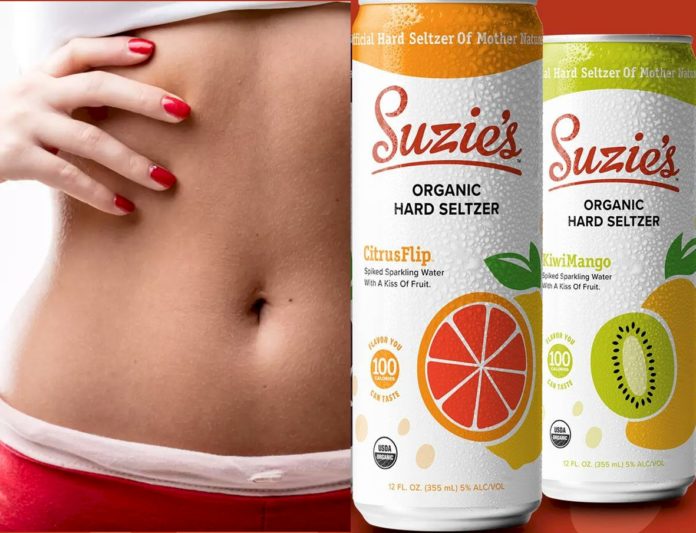 Have hard seltzers replaced craft beers for the healthy-minded?

It wasn’t long ago that the beer drinkers of the world set aside their long-loved domestics in favor of the new guy in town: craft beers. From lagers and pilsners we moved to double IPAs, imperial porters, and oatmeal stouts. Every week we were tasting something new, something more than just hops, malt, and yeast. But something else was happening as well: we weren’t looking at the carbs and calories, and we were gaining weight.

Our run-of-the-mill domestics typically contain about 150 calories and anywhere from 10 to 15 grams of sugar (carbohydrates) per 12oz can. For instance, a can of Budweiser contains 145 calories and 10.6 grams of sugar. In comparison, a 12oz Sierra Nevada Pale Ale contains roughly 175 calories and 14.6 grams of carbohydrates. While for many the better taste and variety were worth the extra empty calories and carbs, we were still left wondering why we couldn’t have both: a refreshing and delicious alcoholic drink without the caloric price tag. Was there no hope?

You’ve seen them everywhere at this point. Your local and national grocery and convenience stores, restaurants and bars, piling up in recycling bins in your college town. Last year, across the internet, the warmer months were jokingly deigned “White Claw Summer.” Companies like White Claw, Truly, and Bon & Viv made a splash and a profit in a big way, with hard seltzer production more than doubling over the last few years. Even Budweiser and Pabst have their own hard seltzer brands now.

What seemed like a craze or fad has shown no abatement since. Many of them being gluten-free, hard seltzers became the common drink of individuals with wheat-sensitivities. Their lower calorie count made them a better option even for those on ketogenic diets. Coming in at only 100 calories per 12oz serving with a mere 2 grams of carbs, they steadily became the obvious drink for health-minded and dieting drinkers of all stripes. With new varieties appearing regularly, those who love some flavor with their post-work wind-me-downs finally found an alcoholic beverage with the best of the two worlds mentioned above.

An article from EatingWell last year says it all: “While hard seltzer is lower in calories and sugar than many other fun [drinks], it’s still important to drink responsibly. While low in calories and carbs, flavored spiked seltzers each still has one “serving” of alcohol…” It looks like until they find a way to make alcohol out of something other than sugar, if you’re trying to keep fit without giving up your five ‘o clock sanity-restorer, hard seltzers are the clear way to go. And with popular and even even smaller brands each making their own, the selection of delicious and health-conscious flavors is only growing by the day.